Despite affecting 15 million people across the EU, heart failure is poorly understood and many countries have no organised programmes to manage the condition. This is, at least in part, because we are not collecting adequate data.

Accurate and comprehensive data on heart failure across the EU are scarce. This should not be the case for a condition that affects approximately 15 million people in the bloc. The dearth of data has serious consequences for those living with heart failure.

What does lack of data in heart failure mean for patients?

We know that the management of heart failure is extremely variable, both within and between countries. But in some cases, this is as much as we reliably know. We urgently need accurate and up-to-date data on the numbers of people living with heart failure at a national level, what services they have (or lack) access to, and which healthcare professionals they see and how often. Without understanding these elements, significant and unacceptable variations in care will endure.

The limitations of available data may have played a pivotal role in the lack of policies and programmes for heart failure across Europe. For example, only 7 out of 26 European countries have organised heart failure programmes. This would be unthinkable for some other diseases affecting such a large portion of a population, but progress in heart failure is slow. We know how to manage heart failure effectively, but we are not doing it properly and consistently. Without strong and continued advocacy from all stakeholders, neither data nor policy can be expected to improve.

Why do we lack data in heart failure?

The absence of data stems from many areas, including lack of political oversight and commitment, few processes for data collection and, in some cases, limited understanding of the importance of data collection, evaluation and quality improvement. It will take a major overhaul of both systems and attitudes to establish data collection and evaluation as a central component in heart failure national plans. But it will be an essential step to take.

What benefits does data collection bring?

In countries where heart failure data are consistently collected – for example, the UK and Sweden – plans and policies are, unsurprisingly, light years ahead of countries that lack basic data. Even then, many aspects of care remain unquantified. These include delays to diagnosis, access to a multidisciplinary team, and what follow-up and educational initiatives are available. Despite these gaps, the data provide opportunities for monitoring and evaluation to make continuous and sustainable improvements in care – benefiting both patients and the healthcare system.

The state of play in heart failure

Having come up time and time again against the issue of scarce or incomplete data, in 2016 the Heart Failure Policy Network began research into the state of play in heart failure. Our aim was to understand what is and what is not working across Europe, including what we do and do not measure.

This work has resulted in a ‘‘State of play’ series, which looks at two essential aspects of heart failure care: diagnosis and multidisciplinary clinical management.

Without a credible and reliable synthesis of the available data – and understanding of where and why there are gaps – advocacy will continue to move slowly. But it is clear that generating evidence alone is not sufficient. Dedicated work from many stakeholders is required to implement improvements guided by what the data uncover. Without reliable information to begin with, policymakers face an uphill battle to create effective policies to care for the millions of heart failure patients across Europe. 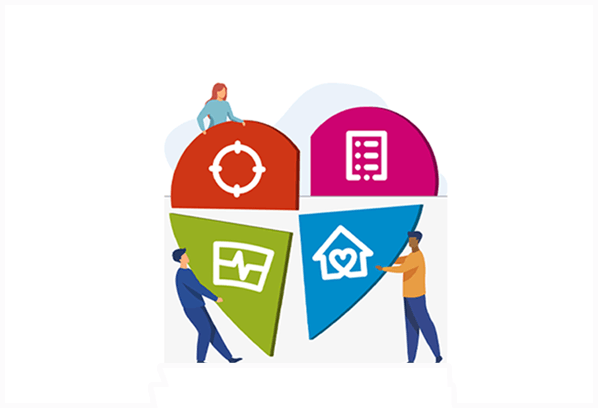